Alfred Plumtree Maltby was born in 1893, in Boston, Lincolnshire. He was the oldest son of Alfred and Hannah Maltby, and they lived along with younger son, Hubert, in Skirbeck, Boston, where Alfred senior was employed as a Postal Telegraphist. Alfred was educated at Tower Road Council School in Skirbeck.

Albert junior had a successful career at Lincoln Technical School, Boston Grammar School and St Marks Training College. In 1913 Alfred was appointed Assistant Master at the council run Arlesey Sidings School and he started his work there on Monday September 8th 1913, when the school re-opened after the harvest holiday. The school records tell us that at the start of the 1914 school year Albert was teaching the Second class, consisting of 49 pupils in the N.W Room. At the end of the second term Alfred’s class were making satisfactory progress, the children were interested, in good order and were generally well up to standard. Their arithmetic needed attention! By the third term the general state of efficiency in the class was satisfactory and decided progress had been made in arithmetic, history and geography.

Alfred threw himself into village life and became a prominent member of the Arlesey Juniors Football Club and acted as Superintendent of the Sunday School at the Church, as well as reading the lessons for the services at St Peter’s Church.

In the school records for the week ending October 2nd 1914 we read “ Mr AP Maltby left hurriedly today in order to join the Army”. Alfred joined the Middlesex Regiment (Duke of Cambridge’s own) after enlisting at Stamford Brook in Middlesex. The 2/10th Battalion were formed at Stamford Brook in September 1914 as a second line unit. They were moved to Staines and attached to 2/Middlesex Brigade (201st) 2/Home Counties Division (67th), before being transferred to the Welsh Border Brigade in April 1915. On 18th July 1915 the battalion sailed from Devonport, going via Imbros to land at Suvla Bay, Gallipoli on 9th August 1915. The battalion were involved in action at the Battle of Scimitar Hill (August 1915). In December 1915 they were evacuated to Egypt after suffering heavy losses from combat and the severe weather conditions. Whist in Gallipoli Alfred was struck down with enteric fever and was sent out to Palestine on his recovery. He was promoted to Sergeant, taking the position from his dear friend Sergt Sydney Simpson (An old Arlesey boy) who was wounded at Gaza. They were engaged in many battles over the next 2 years including the Capture of Tel el Khuweilfe. The battle was part of the Southern Palestine Offensive and began on 1st November 1917, the day after the Egyptian Expeditionary Force (EEF) victory at the Battle of Beersheba. The Welsh Division were able to provide effective artillery fire during the battle but were strongly resisted during their attack on Tel el Khuweilfe. They managed to capture a precarious footing on the southwestern spur of the hill, suffering heavy casualties in the process. It was during this battle that Alfred was killed in action, dying on November 5th 1917, at the age of 24 years.

Deep gloom was cast over the staff and children of the Arlesey Sidings School when the news of Alfred’s death was received by headmaster Mr A A Williams. A memorial service for Alfred was held at St Peter’s church on Sunday 2nd December 1917, when the Vicar, Rev G J Mayhew, made a very touching reference to Alfred’s death and spoke of the valuable services he had rendered to the Church and the Sunday School. He left his worldly goods, amounting to £226 14s 6d to his father when his will was probated in June 1918.

Alfred is remembered with honour at the Jerusalem Memorial, which is situated inside the Jerusalem Cemetery. There are 3,300 Commonwealth servicemen listed on the memorial who died during the First World War in Egypt or Palestine and who have no known grave. There was also a memorial to Alfred at the Tower Road School in Boston but this has been lost, as well as one at the Boston Grammar school library.

On November 11th 2014 a memorial honouring the men from Boston Borough who died in the war was unveiled, Alfred is commemorated on this memorial as well as on the Arlesey War memorial. 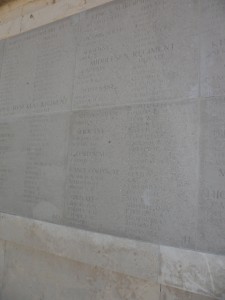 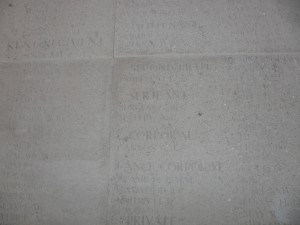 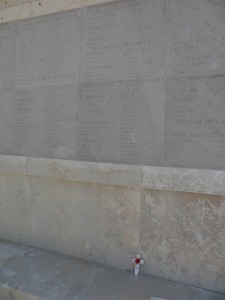 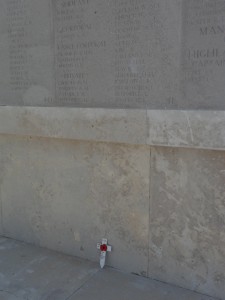 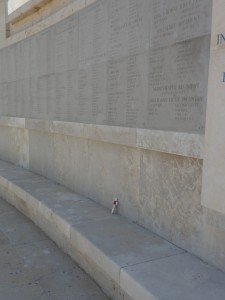 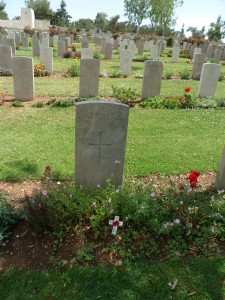 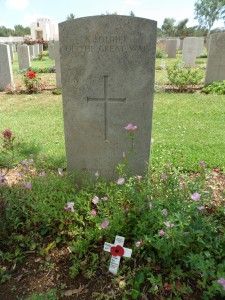 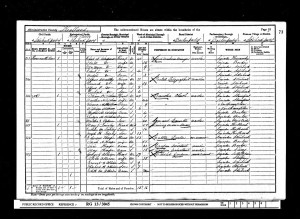 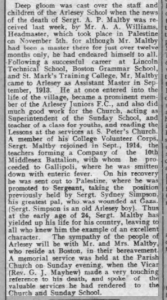 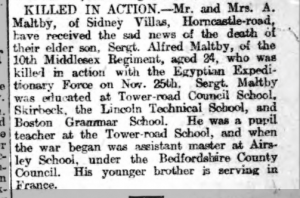 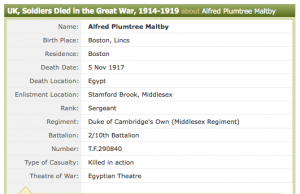 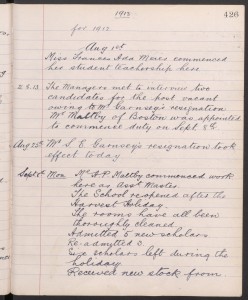 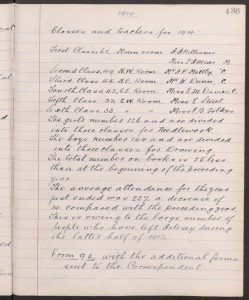 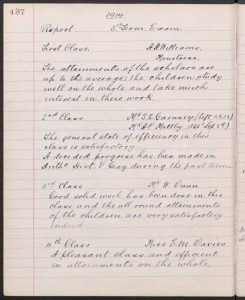 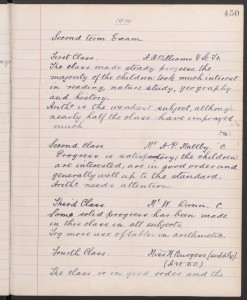 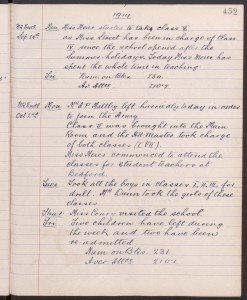 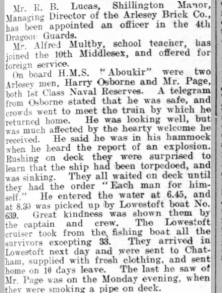 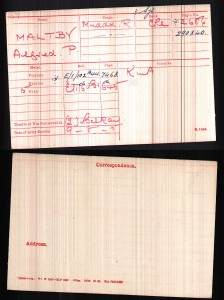 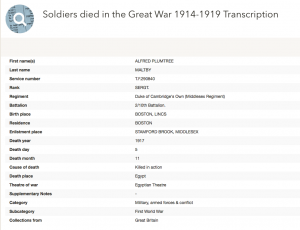