Not much is know about Arthur before his time in the Army. It seems he was employed as a Bookbinder at WHSmiths in Letchworth, and married a local Arlesey girl, Gladys Houghton in 1915.

Arthur enlisted with the Bedfordshire Regiment in early August 1916 and joined the 7th Battalion. The 7th Battalion was formed in September 1914 as part of Lord Kitchener’s second call to arms. The Battalion were attached to the 15th (Scottish) Division of the Army during training. On 25th February 1915, they were moved into the 54th Brigade of the 18th (Eastern) Division, where they remained until merging with the 2nd Battalion in May 1918. They served entirely in France & Flanders between their arrival in July 1915 and their disbandment on May 1918. The Battalion had a well deserved reputation and served with distinction, winning numerous gallantry medals, including 2 Victoria Crosses. The entire 18th Division won a reputation as one of the British Army’s best units.

A newspaper report from the Biggleswade Chronicle suggests that Arthur was wounded while serving in France on 10th August 1917.

Arthur was killed during the Second Battle of Villers-Bretonneux on 24th April 1918. This battle is notable as it was the first major use of tanks by the Germans, who deployed fourteen of their twenty A7Vs, and it was the first tank versus tank battle in history.

Arthur is remembered with honour at Pozieres Memorial 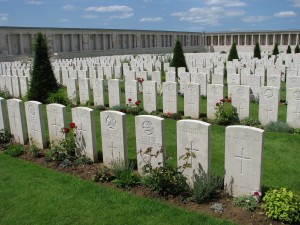 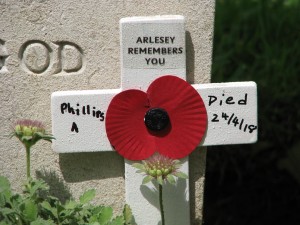 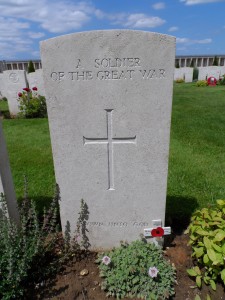 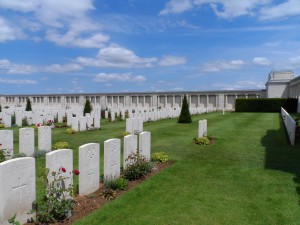