Arthur was born in Arlesey in 1894, the son of Thomas and Lucy Walker. The family lived on the High Street Arlesey in 1901 and comprised Thomas, a plasterer, Lucy and their 6 children; Mary Ann (1883), Annie (1885), William (1886) – plasterers apprentice, George (1888), Daisy (1892) and Arthur. By the time of the 1911 census only George, Daisy and Arthur were still living with their parents. George was working as a labourer and Arthur as a plasterer.

Arthur was a member of the Wesleyan Sunday School, and later became a member of St Andrew’s Church Choir. He was a total abstainer and a non-smoker, and was well known throughout Arlesey and very highly respected.

Before the outbreak of war Arthur was in the Territorials and was called up at once on the outbreak of war. Arthur joined the 26th Battalion of the Royal Fusiliers (City of London Regiment) after enlisting in Biggleswade, after previously being in the Bedfordshire Regiment (service number 2866). He had only just finished his plasterers’ apprenticeship. He was drafted out to France on 27th September 1916. He was a very keen footballer and played many games while in France. While stationed at Tring he carried off six prizes in military sports.

In early 1917 Arthur’s brother George had been reported missing and the family were anxiously waiting to hear news of him when the sad news came from France, that Arthur had been killed. Arthur’s mother received the following letter dated June 21st “ Dear Mrs Walker – I deeply regret to say that your son, Sergeant A Walker, Royal Fusiliers, died here at 1.15pm on June 19th of wounds in the head. He was quite unconscious at the time. I commended his soul to God, and he passed away peacefully. All his effects will be sent to you. His body lies in the Military Cemetery at ---------, two miles southwest of ------------. God bless and sustain you in this great sorrow. Yours, in deep sympathy, D.M. Salmon, CF, Chaplain.

Arthur’s last letter home had been dated 13th June and read “ Dear mother – Thank you for the parcel which I received quite safely yesterday, and the contents were in excellent condition, so, naturally enough, I have been enjoying myself. Tell little Elsie that the chocolates were the first things I put my hands on. Been to church parade, and hoping to attend evening service”. In an earlier letter Arthur had written, “by the time you get this letter you will have heard of our wonderful advance; our boys were in the thick of it, and I understand that most of our casualties were only slight wounds – old Fritz has never had a hiding like this before. All the arrangements were A1, and everything went off perfect. We are still going ahead. By gum, the prisoners, we are talking thousands upon thousands. Again I am a lucky fellow, one of the few left behind, chiefly because of being an instructor, so now I have a very responsible job, acting Regimental Sergeant-Major of Reinforcements. Still you have not heard any more news of George; neither have I. I do wish we could hear from him if he is anywhere this side. He must have had a minute to write a field card, as none of us have heard at least for a month. I do not like to suggest it, but I feel he is either a prisoner of war, or that the worst has happened. Now its dinnertime. Close with, love, Arthur.

Arthur was killed near to the village of Lijssenthoek in West-Vlaanderen, Belgium. He is buried in the Lijssenthoek Military Cemetery. During the war Lijssenthoek was situated on the main communication line between the Allied military bases in the rear and the Ypres battlefields. It was close to the front, but out of the extreme range of most of the German field artillery, making it the natural place to establish casualty-clearing stations. The cemetery was first used by the French 15th Hopital D’Evacuation, and in June 1915 became the casualty clearing station of the Commonwealth forces. The cemetery contains 9,901 Commonwealth burials from the First World War, 24 are unidentified. There are also 883 war graves of other nationalities, mostly French and German. 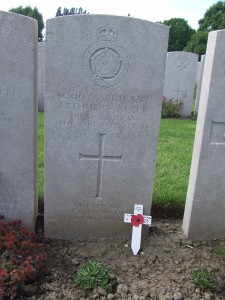 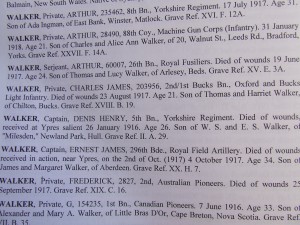 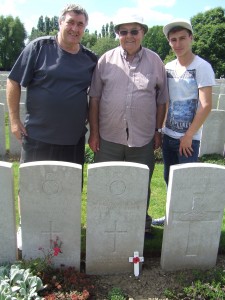 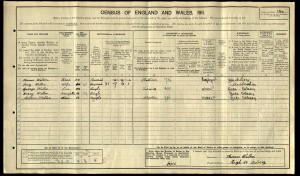 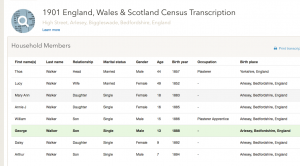 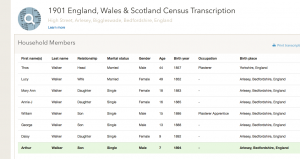 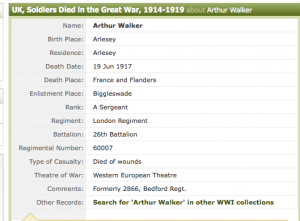 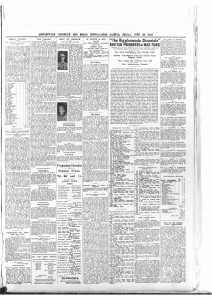 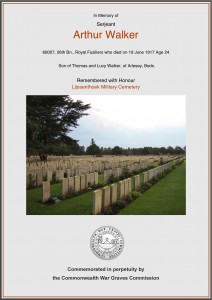