Bertram was born in Arlesey in 1883, the youngest son of Thomas and Elizabeth Breacher. His father, Thomas was a brick burner and his older brothers, Arthur and John, were employed as Brickyard labourers. In the 1891 census the family were living in Straw Street, Arlesey. In 1891, when Bertram was 18, he was living with his Uncle, James Prutton, in Barking, Essex, where he was employed as a railway labourer. By the time of the 1911 census he was boarding in the home of Richard and Eliza Langford in Barking and was working at a chemical manure works.

In 1914 Bertram enlisted with the Reservist 3rd Battalion of the Bedfordshire Regiment in Hitchin, before being sent to France on 8th November 1914 to join the 2nd Battalion which had suffered heavy losses during the First Battle of Ypres. The 2nd Battalion were in the 21st Brigade of the 7th Division between September 1914 and December 1915.

In March 1915 the battalion were engaged in the Battle of Neuve Chapelle. Other British and Indian troops were to make the first attacking waves on 10th March 1915, with the Bedford’s brigade moving through them to carry the lines further forwards. After advancing through the German barrage across open fields, and passing the heavy number of casualties suffered in the first waves, the brigade cleared the old German front lines and took their position to support the Royals Scots Fusiliers. They lost around 60 officers and men to shelling on the first day of their attack. The following day was spent in the same position, waiting for firm orders. The Bedford’s watched an attack from the Northampton’s halted by intense shell and rifle fire just to their right. They lost a further 30 officers and men on the 11th. Overnight the two front line companies dug a new trench at right angles to their existing ones. A company of Scots Fusiliers were brought into the line but they were rushed in the early morning mist and driven from the trench, leaving the Bedford’s cruelly exposed. At about 7am Major Denne (the second in command) was organising a counter attack to regain the lost trench when he was wounded and had to be removed from the line. Captains Cumberledge and Baird took charge and led A Company into the attack – which turned out to be a disastrous decision. Every last officer and man was hit, with many of them falling as they left the trenches, and the regiment history remarks that those who made it as far as no mans land lay in a straight line where they fell as a German machine gun took them in the enfilade. Bertram was killed in action on this day, along with most of his comrades.

He is remembered with honour at the Le Touret Memorial in Pas de Calais, France. 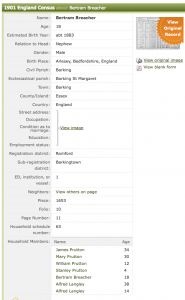 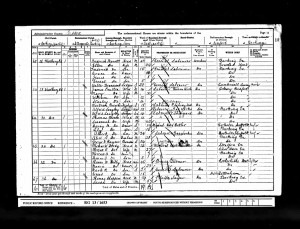 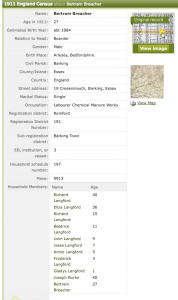 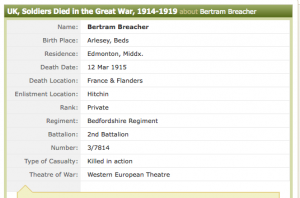 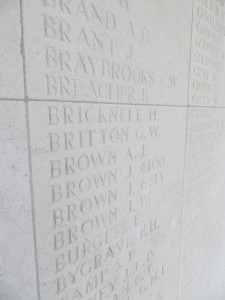 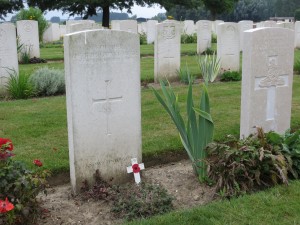