On May 6th 1903 Ernest enlisted to join the Grenadier Guards. The records from this time tell us he was 5 feet 7 inches tall, weighed 151 lbs, had a fresh complexion with blue eyes and dark brown hair, he also had a large scar on his right side. He was discharged from the Grenadier Guards on 8th June 1903 on payment of £10.

At the start of December 1914 Ernest joined the army and was enlisted in the 1st Battalion of the Bedfordshire Regiment.

In March of 1915 the Battalion were in billets near Bailleul before going to support the Royal Scots Fusiliers. They appeared to be under constant shelling and sniping. Conditions in their trenches were unpleasant – Germans held one end of it, with a second trench parallel to it, about 40 yards away, partly enveloping the trench at the end they held. It was impossible to even show a periscope for a few seconds without getting a bullet through it, and almost impossible to see where the shots were coming from as no enemy heads were showing above their parapets. The Germans bombed the junction of two trenches held by the 5th Royal Fusiliers, with 20 yards of parapet being blown in, killing or burying 16of the Fusiliers. From the war diaries starting 12th March we can read:

17 Mar 1915 Retuned to billets in newly erected huts. Brigade being in reserve.

Amongst the men wounded was Ernest, who was severely wounded by shrapnel which shattered his body at Neuve Chappell on March 14th, and taken to the No 18 General Hospital in Boulogne. Such hospitals were part of the casualty evacuation chain, further back from the front than the casualty clearing stations. They were manned by the troops of the Royal Army Medical Corps. The British hospitals were generally located near to the coast and close to a railway line in order for the wounded to arrive, and then to be evacuated for longer-term treatment in Britain.

In early April 1915 Ernest’s sister, Violet (who had married John Charles in 1910) received a letter from the Infantry Record Office informing her of her brother being killed in battle, as follows: - “Madam – It is my painful duty to inform you that a reports has been received from the War Office notifying the death of Pte. E Pike, 1st Beds. Regiment, which occurred at No. 18 General Hospital Boulogne, France on the 19th of March 1915, and I am to express to you the sympathy and regret of the Army Council at your loss. The cause of death was died from wounds (gunshot wounds arm and leg – amputated leg) received in action. The King commands me to assure you of the true sympathy of his Majesty and the Queen in your sorrow – Kitchener”.

A lady visitor to the hospital also sent her a letter which read: - “

“I have been meaning to write every day to send you a few lines of very deep sympathy in your sad loss of your brother. I wrote a letter to you from him in hospital when I was visiting there. He was so good and brave and his nurse said he was one of the best patients she had ever had. They had to operate to try and save him, but no human skill could do that. It may comfort you a little to know he had every comfort and all he wished for. Two days before he died I was able to take him some grapes, which he enjoyed, but he had no need for anything, as the nurses did all they could to ease and save him. May you find comfort in the memory of his bravery. – Yours faithfully O. N. Gordon

Ernest was visited in hospital just before he died by another Arlesey soldier, Private Herbert Allen. 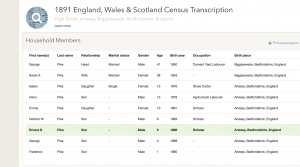 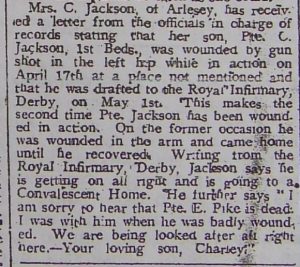 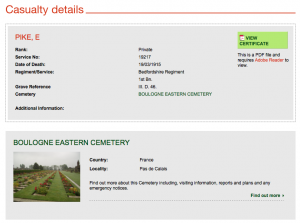 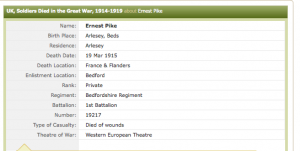 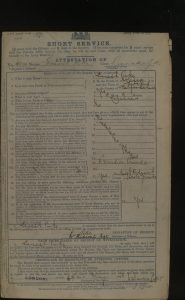 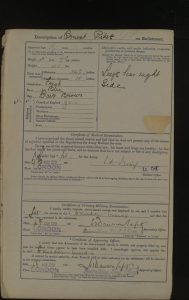 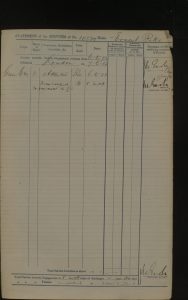 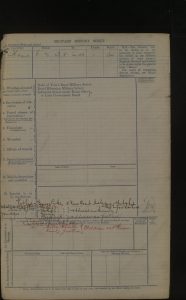 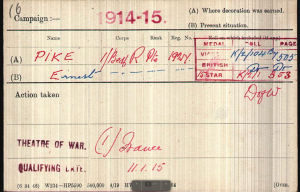 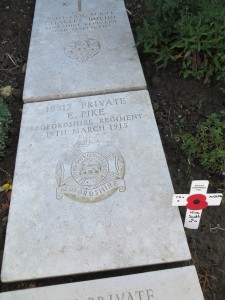 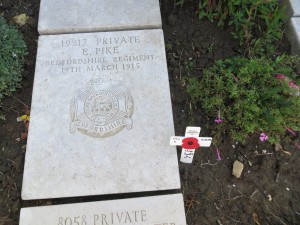 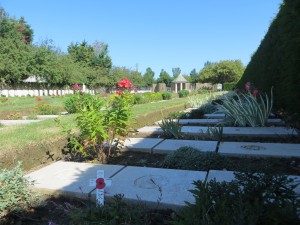 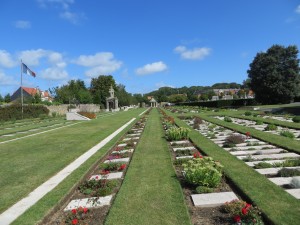