Person(s) placing the cross on behalf of the Arlesey Remembers You Project: Chris Gravett

Frank Friend Fowler was the youngest son of Wallace Fowler and his wife Ellen Jane Fowler. He was born in Arlesey in 1896.

Although Frank was born in Arlesey the 1901 Census shows him at the age of five, living with his parents, two brothers Wallace E Fowler (15), Charles E Fowler (10) and one sister Florence Fowler aged 12 years in Hampstead, London because his father was an engineer with British Rail.

Both his father Wallace Fowler and his eldest brother Wallace Edmund Fowler were engineers at the Three Counties Lunatic Asylum, Frank had been a previous attendant there, but he chose to work in the printing industry before joining the Bedfordshire Regiment.

The 1911 Census shows them all back in Arlesey with him having started work in printing.

Frank enlisted in Bedford with the 5th battalion, Bedfordshire regiment and had the rank of Private.
Franks great niece Anna explained. “His brother Wallace Edmund was my grandfather so I have always known that I had a great-uncle Frank who died in the First World War. We cannot know exactly where he died or where he was buried. However, his parent's grave in St Peter's grave yard reads”

A news paper article explains his parents received news Frank was killed in action in Dardanelles. ‘ Territorial Record office, September 7 Th. 1915. Sir, - It is my painful duty to inform you that a report has this day been received from the war office notifying the death of Private Frank F Fowler, 5 Th Beds Reg, as reported from Alexandria on the 16 th day of August 1915, and I am to express my sympathy and regret of the Army council at your loss. The cause of death stated was killed in action. Another note stated “ The king commands me to assure you of the true sympathy of His Majesty and the Queen in your sorrow - Kitchener” The last letter Frank sent home was the 6 th of August 1915. - He stated he was all right and the weather was a treat, but a bit hot, and asked for a few things to be sent out to him. He also said “I suppose you will now be gathering the fruit, which was my old job” He was 19 years old, he was also a member of the Arlesey church choir.

There are no surviving relatives in Arlesey with the surname Fowler as all current descendants have come down through the maternal side and all have their married surnames. His descendants are;
Dawn Palmer (nėe Cherry), Christine Hyde (formerly Cummins), Mary Pateman (nėe Moore) and myself Anna Vaziri (nėe Moore). 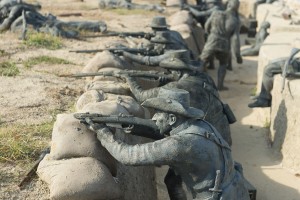 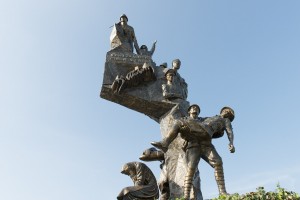 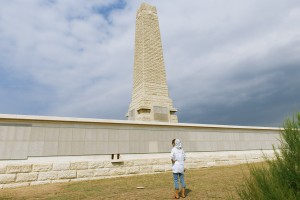 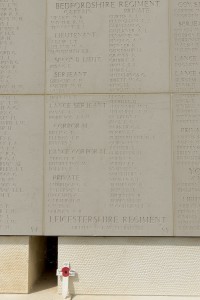 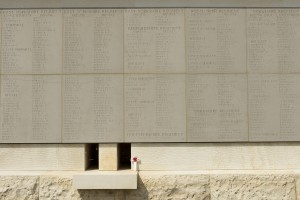