Person(s) placing the cross on behalf of the Arlesey Remembers You Project: British Embassy Baghdad

George was born in St Neots in 1896, the youngest son of William and Mary Topham. William was an engine stoker and the family moved to live in Primrose Lane, Arlesey. George had 4 older brothers, Archie (1889), Percy (1890) and Wilfred (1893). George attended Arlesey Council School, and was then apprenticed to Messrs Levitt & Sons, outfitters of Arlesey. He had been a member of St Andrews Church choir, where he was very much respected. He then moved to London, and then on to Cranbrook in Kent, where he was employed as a Draper’s salesman by Messrs Gammon & Son of 35 Stone Street, Cranbrook, Kent.

On 8th August 1914 George was attested to the 5th Battalion, The Buffs (East Kent Regiment), for a period of 4 years. His service records tell us he was 19 years old, 5 feet 4 inches tall, with good vision and good physical development.

George was appointed to Lance Corporal on 16th October 1915 and left for Bombay, India on 30th October 1915. In November 1915, he was ordered to the Persian Gulf where they landed at Basra in December. While he was serving with Expeditionary Force “D’, George was wounded in action on 16th January 1916 and taken to the No 5 Field Ambulance where he subsequently died of his wounds.

William and Mary received a letter from the Territorial Office dated 28th January 1916, which read; “It is my painful duty to inform you that a report has this day been received from the War Office notifying the death of N 1358 Lance-Corporal George S Topham, 1/5th Batt. Buffs, East Kent Regt, which occurred with the Expeditionary Force Division, Persian Gulf on the 16th day of January 1916. I am to express to you the regret of the Army Council at your loss. The cause of death was died of wounds. An attached letter stated the King commands me to assure you of the true sympathy of His majesty and the Queen in your sorrow. --- Kitchener.”

The last his parents heard of him was a post card sent in the early part of 1915, stating that stamps were not available and he was just off to Persia to join the BEF. It was thought he would reach Persia around Christmas time.

George was granted the British War and Victory medals and the 1914-15 Star in respect of his service during the first 2 years of the War. These medals were sent to his Father, William, in December 1919.

George is remembered with honour at Amara War Cemetery in Southern Iraq. The cemetery contains 4,621 burials from the First World War, of which more than 3,00 were interred after the end of the war. Only 3,696 of the dead have been identified. In 1933 the headstones were removed from all the graves as they were being damaged by the salts in the soil, a new memorial wall was erected instead with the names of the dead engraved upon plaques. The modern-day cemetery is now in a poor condition as the CWGC have been unable to work in Iraq since 1991. 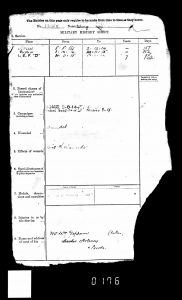 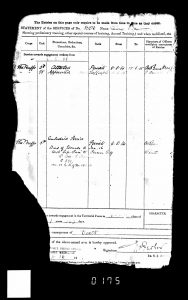 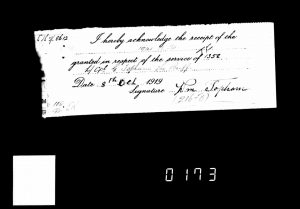 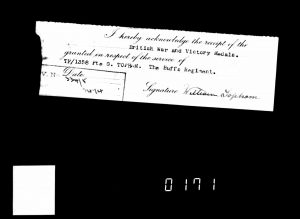 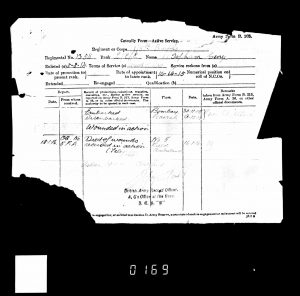 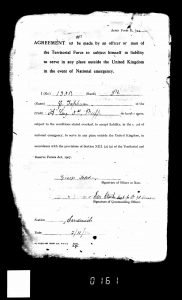 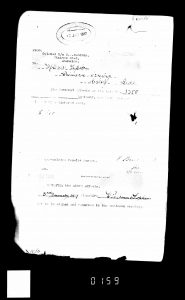 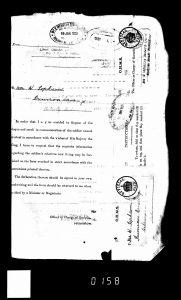 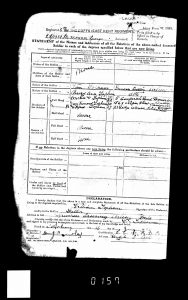 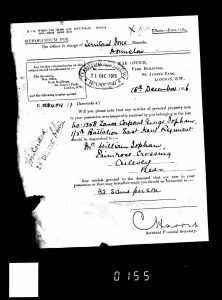 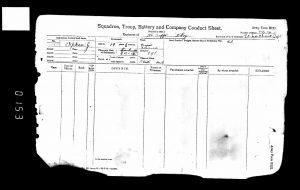 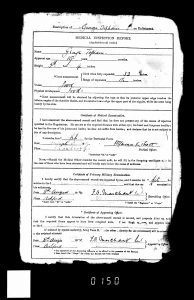 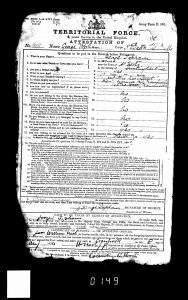 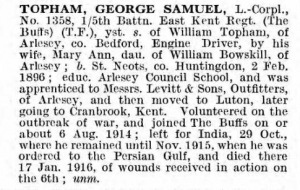