William Sale was born in Langford in 1858. He was the eldest son of John (an agricultural labourer) and Anne (a straw plaiter). William had 3 sisters (Mary Ann, Ruth and Elizabeth), and a brother, Frederick. As a child William lived with his family in Back Lane, Langford, Bedfordshire. William married Rosa Rutt in 1876 and they had a son, William, born in 1878. Sadly Rosa died in 1885. In the 1911 census William was boarding with the Fossey family in Brick Yard Lane, Arlesey and was working as a labourer

William joined the Royal Engineers early on in the war, and was stationed at Hitchin, where he acted as Officer’s servant. The Royal Engineers had a Signal Depot Camp based in Hitchin, and it is likely this is where William was based. His failing health eventually lead to him being discharged, after serving his country for two years. He was ill for the best part of 18 months with consumption before dying unexpectedly on May 5th 1918. The Biggleswade Chronicle from 17th May 1918 reports “ On Sunday May 5th, about 3pm, he was found outside in a fit of coughing and vomiting and was helped into the house, where he died in a very few minutes”. His funeral took place in Langford on May 9th.

On Remembrance Sunday 2014, a cross bearing William’s name was placed at the War memorial in Arlesey. 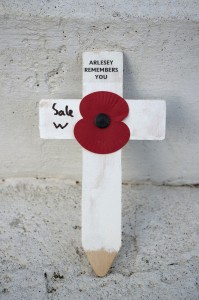 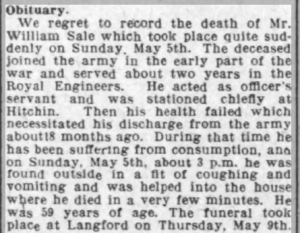 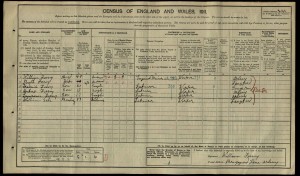 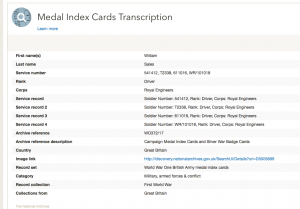 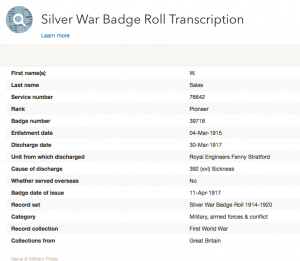