William was the son of James and Elizabeth Johnson, and was born in Arlesey in 1893. In 1901 he lived with his younger sister, Mary, and his parents on Primrose Lane, Arlesey. James was employed as a cement yard labourer.

William was attested to the Army, in the Royal Fusiliers on 17th April 1910. He was discharged on 5th July 1910 having claimed discharge on payment of £10 within three months of his attestation.

In 1911 the family had moved to Straw Street, Arlesey, and had grown to include a brother, Joseph for William and Mary. Both William and his father were working as general labourers. He married Margaret King in Hitchin in 1915

William joined the Territorial Army in September 1914, initially serving as 5299. He arrived in Lemnos on 2nd December 1915, to meet the remains of the 5th Battalion, Bedfordshire Regiment who were being evacuated from Gallipoli. William survived a year in Egypt, fighting in all three battles of Gaza, before succumbing to pneumonia at 147 Field Ambulance, Ramleh on 27th December 1917. The Field Ambulance was a mobile frontline medical unit (not a vehicle), manned by troops of the Royal Army Medical Corps. Theoretically, the capacity of a Field Ambulance was 150 casualties, but during battle many would need to deal with much greater numbers. The Field Ambulance was responsible for establishing and operating a number of points along the casualty evacuation chain, as well as providing a walking wounded collecting station. At full strength, a Field Ambulance was composed of 10 Officers and 224 men – these men did not carry weapons or ammunition.

William is remembered with honour at the Ramleh War Cemetery. Ramleh was occupied by the 1st Australian Light Horse brigade on 1st November 1917. Field Ambulances and, then, Casualty Clearing Stations were posted at Ramleh from December 1917 onwards. The cemetery was begun by the medical units, and now contains 3,300 Commonwealth burials from the First World War, 964 of them unidentified. 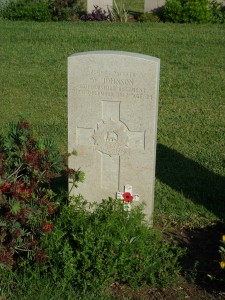 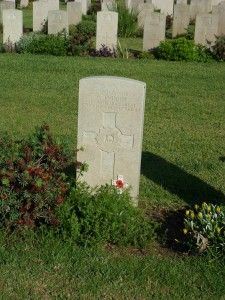 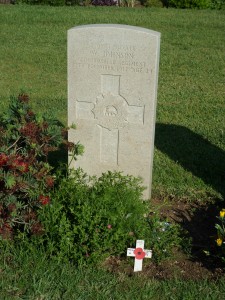 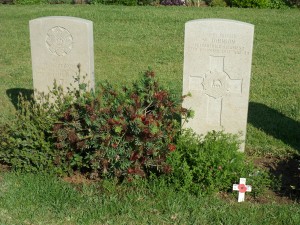 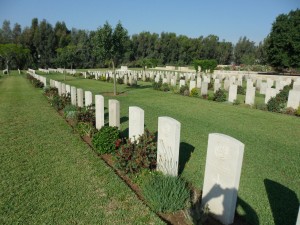