John was born in Arlesey in 1880, the oldest son of John and Martha Goodwin. John had an older sister, Florry and 3 younger brothers Herbert, Henry and Alfred. In 1891 the family were living at The Stay Inn, Paradise Row, Arlesey and John senior was employed as a general labourer.

John married Sarah Taylor in 1903 and they had three sons; Frederick John born in 1904, Francis William born in 1907 and Stanley George born in 1911. At the time of the 1911 census John and his family were living in Hodwell, Ashwell and John was employed as an assurance agent with the Prudential. He was a former scholar and teacher in the Arlesey Primitive Methodist Sunday School and was also on trial as a local preacher, as well as playing an active role in the Arlesey United Band of Hope.

John went out to France in December 1916 with the 1st Battalion, Hertfordshire Regiment and was reported as missing on July 31st 1917. In June 1918 Sarah was officially informed that John had been killed in action on July 31st 1917, the day he was reported as missing. At the time the 1st Battalion of the Hertfordshire Regiment were engaged in the Battle of Ypres – the battle of Pilkem. The battalion had suffered few casualties but as they advanced from Steenbeek toward the Langemarck line they number of casualties increased as a result of sniper and machine gun fire. The battalion continued to advance, coming upon a German strong point, which they gallantly charged; capturing or killing most of the garrison and sending the remainder back as prisoners. A handful of men made it through a gap in the enemy wire, while the rest of the battalion suffered severe casualties from enfilade machine gun fire. 29 men were killed, 5 were missing believed killed, 132 missing, 68 wounded and missing, 223 wounded and 2 died of wounds, making a total of 459 casualties to other ranks.

John is remembered with honour at the Bedford House Cemetery in Belgium. The cemetery is large; containing 4532 graves, and is on the site of the former Rosendal Chateau. 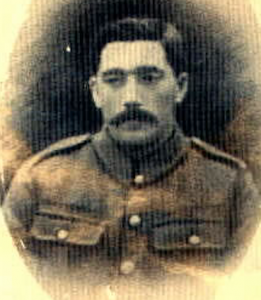 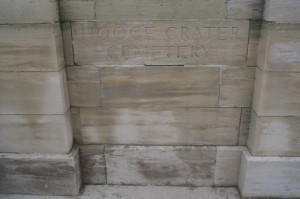 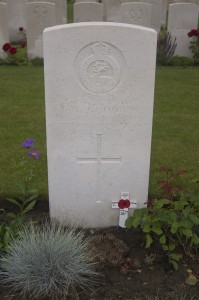 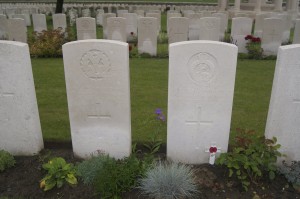 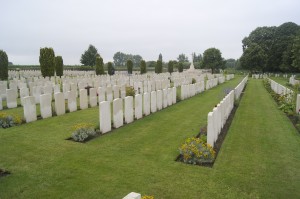