Person(s) placing the cross on behalf of the Arlesey Remembers You Project: Rick & Margaret Brabrook

Lawrence was born in Campton, Bedfordshire in 1894, the son of William and Ruth Fossey. Lawrence had two older brothers, Fred born in 1891 and Hubert born in 1892. William was employed as an engine driver at a brickyard and the family lived in Brickyard Lane, Arlesey.

On the 28th May 1916 Lawrence was attested to the Durham Light Infantry (service number 10979) for short service at the Hitchin No 4 sub area recruitment office. He was 22 years old and 5 feet 7 inches tall. He was posted as Private on 17th November 1916 in The Buffs (East Kent Regiment).

At some point Lawrence was transferred back to the Durham Light Infantry, into the 1st/9th, possibly as a result of the large number of casualties in the battalion. The 1st/9th were a territorial battalion, originally formed in 1861 and during the war they were attached to 151st (Durham Light Infantry) Brigade, 50th (Northumbrian) Division until it became the pioneer battalion for the 62nd (2nd West Riding) Division in February 1918.

Following the failure of the Spring Offensive (March/April 1918) to end the war, the German Military leader, Erich Ludendorff, believed an attack through Flanders would give Germany a decisive victory over the British Expeditionary Force (BEF). To draw Allied troops away from Belgium, he planned a large diversionary attack along the Marne.

The 62nd Division (as part of XXII Corps) arrived on the eastern flank 2 days after the start of the German attack on 17th July. Their task was to counter attack the Germans, up the valley of the River Ardre, South-West of Reims. There was no organised trench system in this area of countryside, which consisted of hills, woods, villages and fields. It was open warfare with few or no defensive positions available. On the 19th July the Italian Corps lost 9,334 officers and men out of a total fighting strength of 24,000. The 62nd Division were rushed through the Italians straight into attack down the Ardre Valley (the Battle of Tardenois). On the evening of the 20th July the battalion had been ordered to support an earlier attack by 185th and 187th Brigades on German positions in the villages of Marfaux and Cuitron. When company Commanders went forward to reconnoitre they found an almost impossible position – the two villages lay at the bottom of a valley and attacking troops would have to cross open ground for 800 yards under a withering machine gun barrage from enemy positions directly in front and also from machine gun posts in woodland on higher ground at the south-west corner of the Bosi du Petit Champs, which overlooked the Ardre Valley. This resulted in the attack being cancelled.

On the 21st July Lawrence was wounded and reported missing. His parents were not informed of this until the end of August. Lawrence’s body was never recovered and he is commemorated on the Soissons Memorial in Aisne, France along with 4,000 other officers and men of the United Kingdom Forces who died during the Battles of the Aisne and the Marne in 1918, and have no known grave. 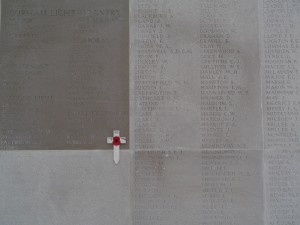 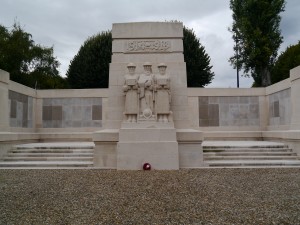 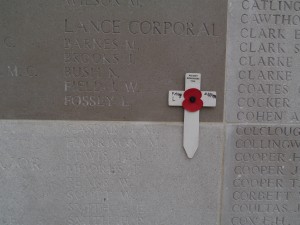 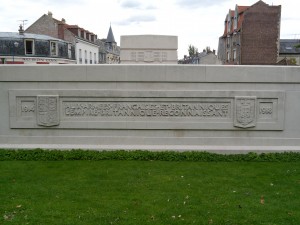 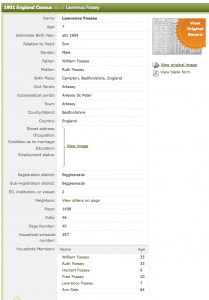 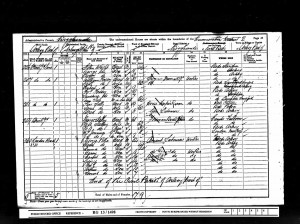 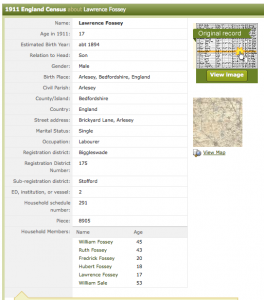 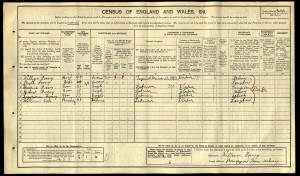 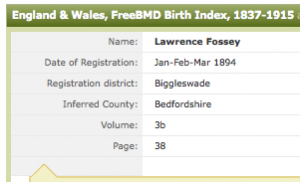 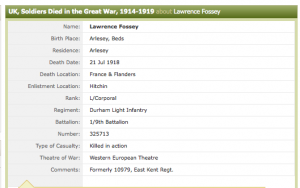 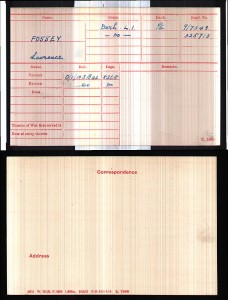 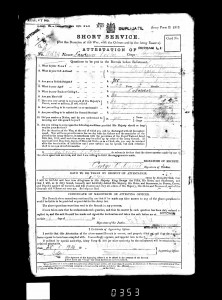 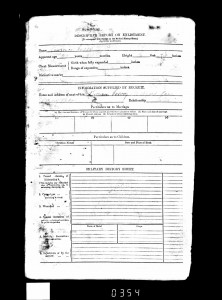 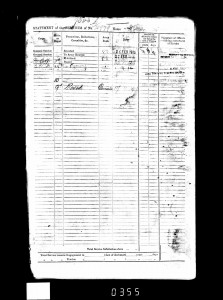