Person(s) placing the cross on behalf of the Arlesey Remembers You Project: Sam Ward

George Taylor’s birth was registered in Biggleswade in the July-September quarter of 1885. George was the son of George Taylor, a brickyard labourer and Sophia Taylor (nee Pike). George had 3 sisters: Lilla, Rosina and Eva, and an older brother, Charles.

In the 1891 census the family were all living in Straw Street, Arlesey. This is now known as Station Road.

By 1901 the family had moved to Primrose Lane, Arlesey. Father George was still employed as a labourer, as was his son, George. Of the children only George and Eva were still living at home.

In 1904 George married local girl Nancy Devereux. They had 2 daughters: Ivy born in 1908 and Freda born in 1910. In the 1911 census George, Nancy, Ivy and Freda were living in Albert Road, Arlesey and George was employed as bricklayer’s labourer.

When war broke out George enlisted for the 8th Battalion of the Bedfordshire regiment. The 8th Battalion were a service regiment formed specifically for the duration of the war. It was raised in Bedford in October 1914 as part of Lord Kitchener’s third “call to arms” for another 100,00 men to leave their civilian lives and enlist in the British Army. For his first year in the 8th Battalion George would have been attached to the 71st Brigade of the 24th Division of the Army. After a brief spell in Brighton, most of George’s training would have taken place in Surrey, with almost 7 months being spent in the vast training area around Woking.

At 11pm on 28th August 1915 the Battalion boarded the troop trains at Cobham station and left for Dover where they transferred straight on to troop ships. They arrived in Boulogne, France early on the 30th August 1915.

George would have served entirely in the France and Flanders region. The 8th Battalion fought in every major battle during the battalion’s active service, gaining a reliable reputation within a professional, regular division and winning many gallantry medals. George was awarded the Victory and British medals for his service.

George would have seen action at the Battle of Loos in September 1915. He would have been in the line when the British Army experienced the first use by the Germans of Phosphene gas in December of the same year.

In April 1916 there were heavy losses in the battalion during a massed bombardment and raid on their lines. Also during this year George would have been part of the Battles of the Somme, most probably at the Battle of Flers-Courcelette and the Battle of Morval in September, as well as the Battle of Le Transloy in October.

In February 1917 George was injured in battle and died as a result of his wounds on 3rd February 1917. He is buried in the Vermelles British Cemetery in Pas de Calais, France.

3rd  Feb 1917 – Battn in line as above. Enemy snipers and machine guns very active. Casualties 1 O.R. killed (would assume this to be Private Taylor), 2 O.R wounded. Our snipers claim 3 hits…… 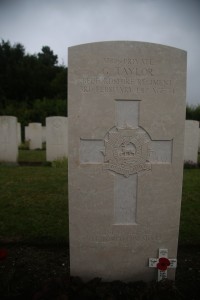 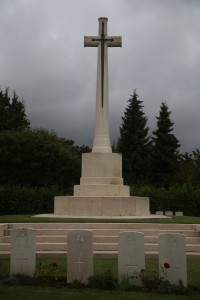 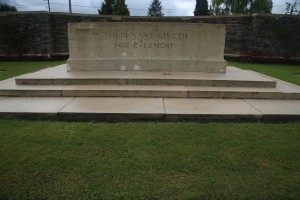 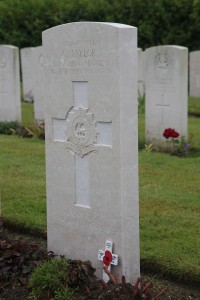