Harold (Harry) Smith was born at Irthingborough in Northamptonshire, he was the middle child to Ada, the oldest son being Leonard and the youngest girl Winifred.  Their father was a soldier in the Royal Fusiliers who died and was buried at sea near Malta before Harry was 4 years old.

Ada moved, with her children, to Tottenham and in the 1911 census she was recorded as residing in a house where she met her future husband, Arlesey born, George Rook.  They married and the family moved back to Arlesey soon after to live in the High Street.

Harold was a kind, affectionate boy who was a member of the Church Bible Class, Church Choir and a member of the Band of Hope.  In 1911, aged 14, Harold and his 16 year old brother Leonard were both farm labourers and there were four additional family members, 2 step sisters and 2 step brothers.

Prior to the 1914 war Harold and Leonard joined the Territorials enlisting at the recruitment meeting held at the Three Counties Asylum. At this point he was working at The Bury in Arlesey and it wasn't long before Harold joined the 13th Royal Sussex Regiment as Private G/14871.

Harold was known to write to his mother Ada, who then lived in 24 Newtown, every week always signing his letters "God be with you until we meet again ".  In his last letter to his mother he noted that he had been in the trenches for 26 days before having 4 days out.  A month had passed without a letter and then Ada received the news that her son had died in the advance at the Somme on 21st October 1916.  Captain J.H. Robinson had noted in dispatches that the men "had behaved splendidly".  Harold was 19 years of age when he died and had looked forward to returning from the war as valet to one of Mrs Waterton's sons at The Bury.

Harold's remains were buried at Grandcourt Road Cemetery, Grandcourt with other members of his regiment. 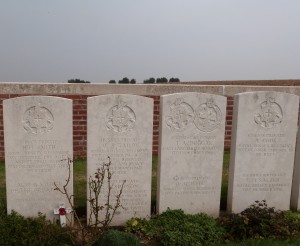 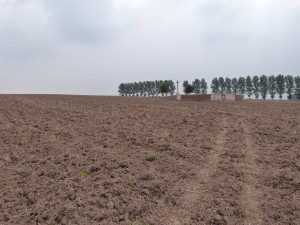 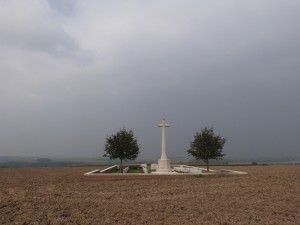 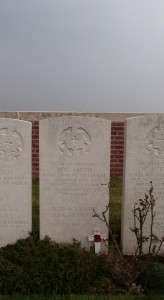 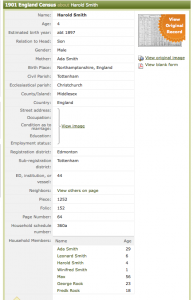 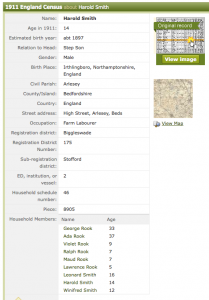 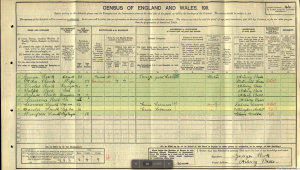 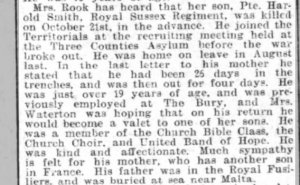 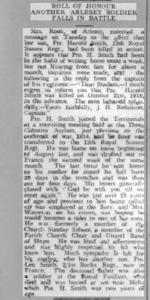 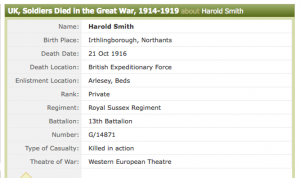