On the 9th December 1896 James enlisted for a period of 6 years in the 3rd Battalion of the Bedfordshire regiment. From his service records we read that James was aged 17 years, was 5 feet 3.5 inches tall, weighed 124 lbs, had a fresh complexion with hazel eyes and brown hair. He also had a scar at the point of his left forefinger! He was declared fit for the army on 8th March 1897. According to his records he was purchased for £1.00 on 21st February 1898. James was attested to the army for a second time on 15th  August 1899 at the age of 19 years when he was employed by Mr D Clarke, farmer. His address was given as Jacksons Row, High Street, Arlesey.

James seems to have had quite a few dealings with the law before the outbreak of the war. The Bedfordshire Times & Independent from 12 June 1903 reports that James, along with his friends Frederick Crawley, James Brown, Joseph Albone, William Albone, John Prutton and Ernest Dear were summoned before the local magistrates for playing “Banker” on Arlesey Common on May 24th 1903. The local policeman, PC Racher concealed himself on the common where he could see they were playing banker, though he saw no money or cards pass. The case was dismissed, as there was no evidence against the men. James was before the courts again in March 1904 after being summoned for being drunk and disorderly in Arlesey on February 27th. He pleaded not guilty despite Sergeant Williams reporting that he saw James at 9.30pm on the evening in question on the highway at Arlesey in a very drunken condition and making use of beastly language. James was fined 10/- and costs of 7/6. Earlier in the month James had been fined £1 and 9s for being drunk and refusing to quit the licensed premises of Charles Richards when requested. His brother William was fined 10s at the same time for obstructing PC Godman in the execution of his duty.

The Bedfordshire Times and Independent from 13 April 1906 tells us that James had been charged with unlawfully using a dog for the purpose of taking game at Henlow on April 8th. James had injured his knee and was represented by his wife. The case was adjourned for a month. On September 9th 1906 James and brother William were charged with being drunk and refusing to quit the licensed premises of George Colwell at Arlesey. Mr Colwell was the Landlord at the True Briton and refused to serve the brothers on account of them being worse for drink. They became turbulent and the Police had to be sent for. They gave a great deal of trouble and were a prefect nuisance to the place. The Chairman of the Bench said “ there was a long list of previous convictions against the two defendants. They seemed to be a prefect nuisance to Arlesey. They would be fined £5 including costs, in default of two months imprisonment”. The defendants said “We’ll do the two months!”

James appears to have enlisted for the Lancashire Fusiliers in Salford, Manchester. One document reports that James lived with his wife at 8 Paradise Hill, Greengate and worked for a firm in Heaton Park. James joined the 15th battalion of the Lancashire Fusiliers. The 15th were a service Battalion (1st Salford) and were formed on the 11th September 1914. The battalion moved to Conway in Wales in late December of 1914, then to Catterick Bridge in June 1915 when they joined the 96th Brigade of the 32nd Division. On 22nd November 1915 they were mobilised for War and departed for Boulogne. Their first taste of action was at Thiepval Ridge on the Somme on the 1st July 1916, a battle that resulted in the Salford Pals being almost wiped out. It would appear that James was injured during this battle. The historical records of this battle tell that thirteen divisions of Commonwealth forces launched an offensive on a line from north of Gommecourt to Maricourt. Despite a preliminary bombardment lasting seven days, the German defences were barely touched and the attack met unexpectedly fierce resistance. Losses were catastrophic, and with only minimal advances on the southern flank, the initial attack was a failure. The German army resisted tenaciously, and the repeated attacks and counter attacks meant a major battle for every village, copse and farmhouse gained. At the end of September Thiepval was finally captured.

James’ parents had seen his name in the official list of wounded, and after waiting a suitable time and hearing nothing, James’ friends made inquiries with the result that a letter was received from the War Office:- “Madam – In reply to your inquiry, I am commanded by the Army Council to inform you that Corpl James Saunderson 20567, 15th Lancashire Fusiliers Regt. has been reported wounded and missing since 1st July 1916. This is the latest information regarding your son, which has been received. The matter is now in the hands of the Red Cross Inquiry Department”.

James Saunderson is commemorated on the Arlesey War memorial and is also listed on the Greengate Memorial in Manchester. The Greengate memorial is a scotch granite tribute that was built into the wall of the Greengate Dispensary in Salford and was unveiled on August 22nd 1919. Embossed on the tablet were the words “ This memorial is to commemorate the heroes of this district in the Great War 1914-18. They shall live in everlasting remembrance”. There are 156 men listed on the memorial, all from a corner of Old Salford – rows of terraced streets, mills, railway lines and nearby the River Irwell. There is a sad story connected to the Greengate memorial: The memorial was photographed in its original position in July 1965 but was later moved to make way for a dual carriageway. It was moved to Weaste Council Office and then relocated to Wilburn Street Council works depot in Salford where it was photographed. Then it was moved to another council yard at Turnpike House, Eccles New Road. In 2000 there was a report that the memorial was in four pieces and partially buried in a car park at the RAF Lancaster Club, Eccles New Road. When the club closed in 2004 the land was sold and there was talk of re-siting the memorial, possibly to Weaste Cemetery. In 2005 it was moved to a tyre repair shop yard next to the club. In 2006 the memorial was reported as being in pieces with the flanking figures of soldier and sailor missing. In 2010 the memorial was moved to a warehouse at Salford Quays and then there were reports that the remaining names tablets were discarded, as they were deemed uneconomical to repair. In November 2014 the Manchester Evening News started a campaign to have the memorial replaced. On 11th November 2015 at 11am a two-ton £30,000 granite memorial was unveiled in Queen Street, Salford as a replacement for the lost Greengate memorial.

James is also remembered with honour on the Thiepval Memorial - the memorial to the Missing of the Somme, which bears the name of more than 72,000 officers and men of the United Kingdom and South African forces who died in the Somme before 20th March 1918, and have no known grave. Over 90% of those commemorated died between July and November 1916. 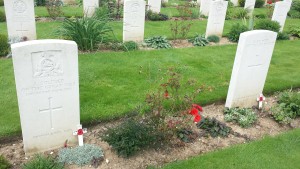 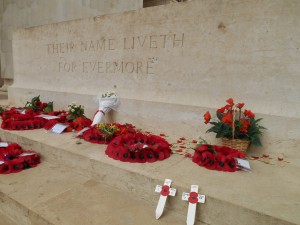 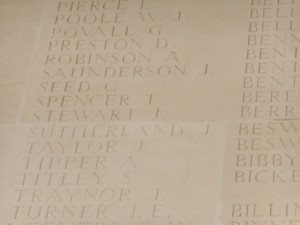 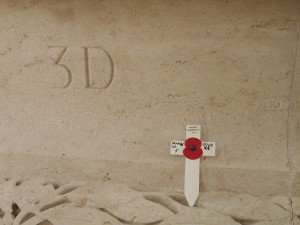 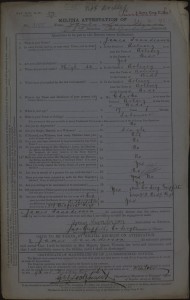 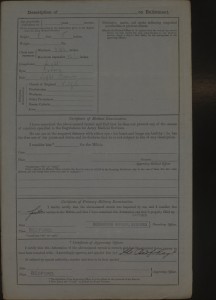 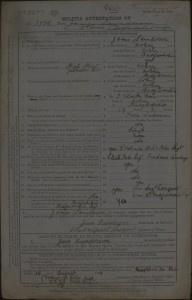 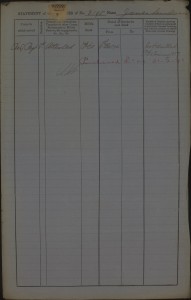 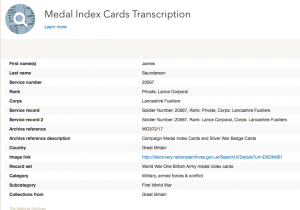 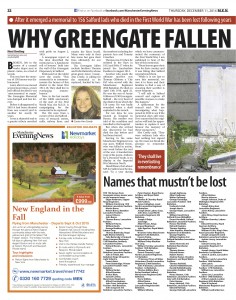