Person(s) placing the cross on behalf of the Arlesey Remembers You Project: Yvonne & Kieth Middleton

Joseph was born in 1892, the youngest son of Samuel and Lydia Rainbow of Foresters Terrace, Arlesey. Besides Joseph, Samuel and Lydia had two other sons; George and Horace, and three daughters; May, Miriam and Hilda. Before joining the Army, Joseph was employed as a Grocer at Mr Salmon’s grocery department in Harpenden. He was also formerly connected with the Arlesey Wesleyan Sunday School and a member of the Arlesey Temperance Society. He was a very bright and cheerful character, well known throughout the village.

Joseph was wounded in the face by shrapnel on 18th February 1917 and was treated in hospital. In a letter to his parents he reported he had been so near the German trenches he could hear the German gramophones playing! Joseph recovered and returned to the front.

The Biggleswade Chronicle of 12 October 1917 reported “We regret to record the death of Lance-Corporal Joseph Rainbow, Durham Light Infantry, which has occurred in France. He was the son of Mr and Mrs Samuel Rainbow, Mid Village, Arlesey, for whom much sympathy is expressed. They have another son who is a Prisoner of War in Germany. The sad news came on Tuesday morning to the deceased’s fiancée, Miss L Street, which was sent by one of his soldier friends, stating that he was shot through the heart by a sniper. He was 25 years of age and had been in France nearly 10 months”.

At the time of his death Joseph would have been with his battalion in action during the Third Battle of Ypres and the fighting on the Menin Road. He is remembered with honour at the Tyne Cot Memorial. 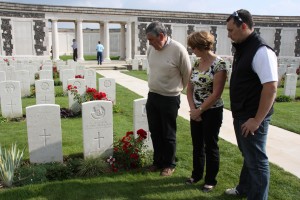 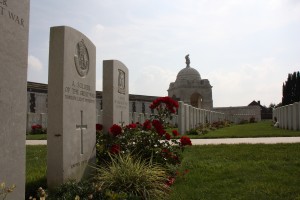 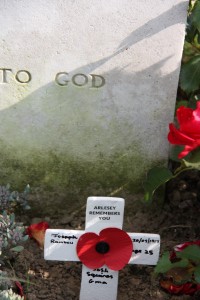 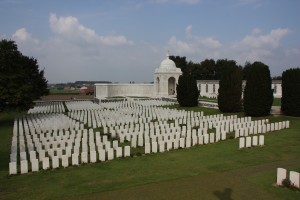 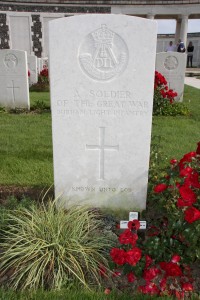 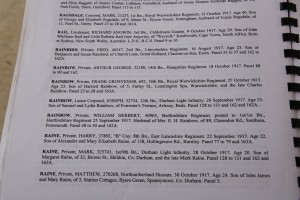 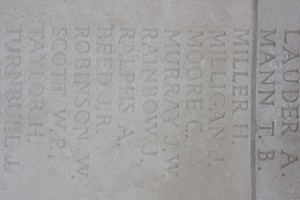 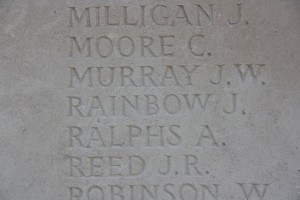