Ralph was born in 1895 the son of James and Mary Ann Robinson.  His father was a butcher and grocer and lived on Hitchin Road in Arlesey.  He had older sisters; Bertha and Sara, and a younger brother, Horace, who also saw active service at the age of 19 in 1919.  A nephew who was only 2 years younger than him also lived in the family home.

Ralph followed his father into the profession and, when he was attested into Short Service on 9th December 1915, he too was a butcher.  At that time he was noted to be 5 foot 5 ¾ inches in height, with a chest of 38 inches.

He initially joined the army reserve before being posted to join the Royal Field Artillery on 29th May 1916 at the age of 20 years 11 months.  He was posted three times, seeing active service.  He joined the 3rd battalion “The Buffs” East Kent Regiment, who he remained with until his death.  During his active service in May 1917 he was late back to barracks by more than two days, had mislaid his pass and was punished by forfeiting 2 days pay.

Whist on active service in October 1917, his fiancé hadn’t heard from him for a month; Miss A Dear was noted as writing to his commanding officer in France and then received a letter withthe sad news that PTE Ralph Robinson, a signaler in the Buffs, was killed in action 12th October 1917 near Poelcappel, during an attack made by the battalion on that date. He was not quite 24 years of age.

When he died his personal property was returned to his father.

Mr J Robinson requested the plaque and scroll for Ralph on 22 Aug 1919, and  his mother received Ralph's victory medal on 18th November 1921.

He is remembered at Tyne Cot Memorial 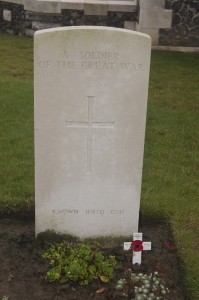 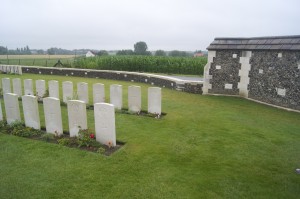 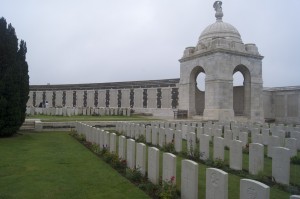