Person(s) placing the cross on behalf of the Arlesey Remembers You Project: Carol Sills

William Viney was born in 1888 in Banstead, Surrey. William’s parents were George Viney and Rebecca Albon, who married in Hackney in 1881.

Not long after his birth the family moved to Arlesey, where Rebecca was originally from. At the time of the 1901 census the family were living near the Rose & Crown Pub on the High Street in Arlesey. Rebecca was a widow, and was employed as a laundress. William had two older brothers, Bernard born in 1883, and George, born in 1884. In 1901 Bernard and George were employed as Stokers at one of the local brickworks and William was employed as a general farm labourer. In 1911 the family were still living on the High Street, Bernard and George were working as labourers at the Iron Foundry and William was a brickyard labourer.

On 12th February 1916 William was attested into the Norfolk Regiment. His service records provide us with the following information: He was living on the High Street, Arlesey and gave his trade as labourer. He was 28 years and 3 months of age and gave his height as 5 feet 5 inches. His mother was his next of kin. It seems that at the time of his attestation, William was employed by Phoenix Motors Ltd in Letchworth. Captain Chambers, the Hitchin area Army Recruitment officer, wrote to the company asking for William to be released immediately to join the army.

William was mobilised on 6th December 1916 before being posted to 43rd Training Reserve Battalion on 8th December. He was transferred to the Norfolk Regiment on 17th February 1917. William left Folkestone and disembarked at Boulogne on 1st March 1917. On 17th- 22nd December 1917 William was suffering from Trench foot, and was reported as sick on 28th December. William was back in the UK on leave between 1st and 14th February 1918. He was then posted to the front with ‘A’ company, 9th Battalion Norfolk Regiment on February 20th. The next entry is dated 1st April and just reads Killed in Action. William died in battle on 21st March, and his mother was informed of his death on 8th April.

The 9th Battalion of the Norfolk Regiment were a service battalion that was formed in September 1914 as part of the Third New Army. In October 1915 the battalion joined the 71st Brigade of the 6th Division. A history of the 6th Division tells us that reports from deserters were that the Allied Forces were to be heavily attacked in March 1918. When the bombardment commenced at 5am on March 21st there was no doubt that a real offensive had begun. Orders had come through overnight for all battalions to be in position by 5am, but it had come too late to stop working parties, and the reserve battalions of all brigades had marched 10 miles before the battle commenced. The foggy weather favoured the Germans, as it prevented the Allies from seeing when the attack was launched. The bombardment continued with tremendous force for 5 hours, first with gas and H.E on back areas to cut communications and disorganize reinforcements, then around 7 – 8am, smoke and H.E were used on the forward system. Four out of five concealed anti-tank guns were knocked out by direct hits. The bombardment annihilated the garrisons of the forward system, and few survivors went back to the reserve line. A successful resistance in the front system came from the 71st Brigade, where the 9th Norfolk’s and 2nd Sherwood Foresters repulsed the first attack.

At some point during this fierce battle William was killed. Sergt Hynds of the Norfolk Regt wrote to William’s brother, George on March 30th;

“ It is with very great regret that I have to inform you of the death of Pte W Viney, Norfolk Regt, who was killed in action on March 21st. I can assure you he did not suffer a moment’s pain, being killed instantly in the early part of the fighting. We all regret the Company has lost a promising young soldier; he was liked by his officers and comrades. Accept all our deepest sympathy in your sad bereavement”.

William is remembered with honour at the Arras Memorial in Pas de Calais, France.

On 21st November 1921, William’s brother Bernard took receipt of the British War Medal and Victory medal granted in respect of the service of William in the Norfolk Regiment. 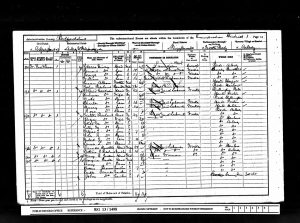 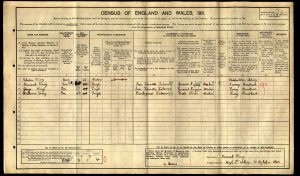 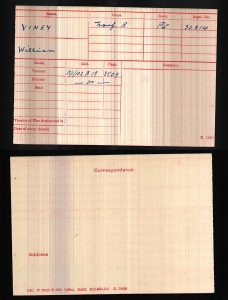 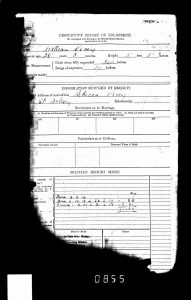 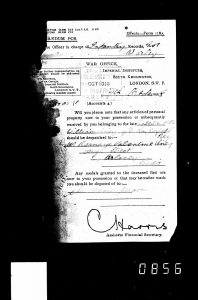 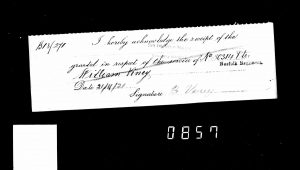 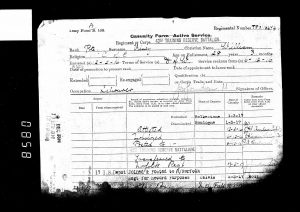 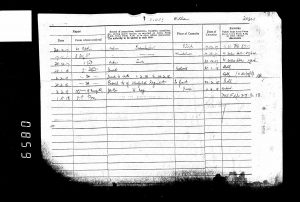 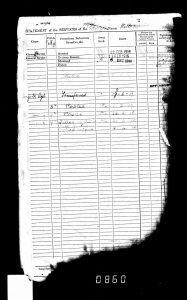 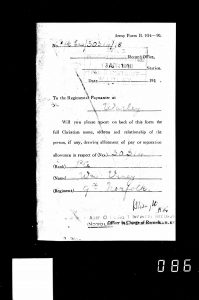 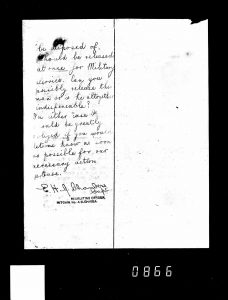 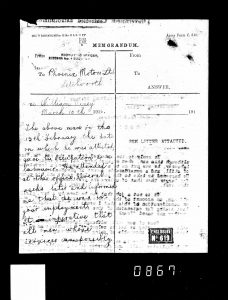 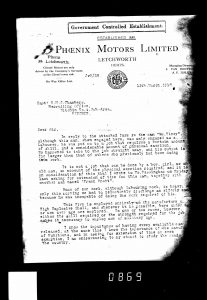 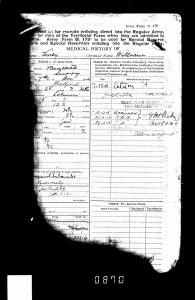 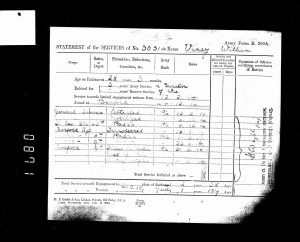 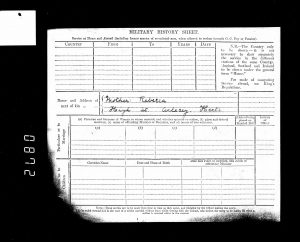 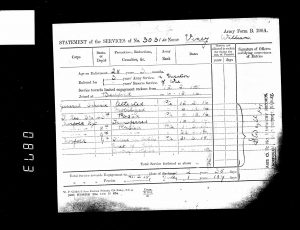 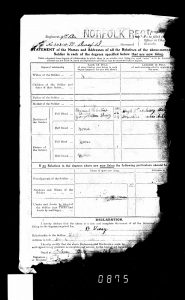 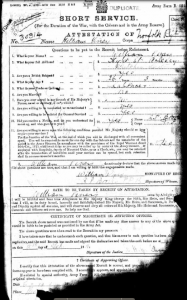 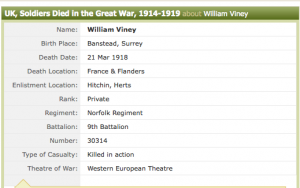 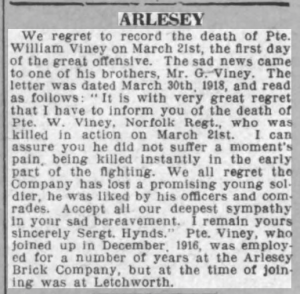