Person(s) placing the cross on behalf of the Arlesey Remembers You Project: Ian Davis

At the time of the 1911 census Charles had moved to Hitchin and was living at 24 Dacre Road, working as Butcher. As far as we know he never married.

When the war had broken out Charles joined the Duke of Cambridge’s Own Middlesex Regiment where he was part of the 12th Battalion, an additional war-formed “service” battalion to the regular battalions. The battalion was raised at Mill Hill in August 1914 as part of Kitchener’s Second New Army, and joined the 54th Brigade, 18th (Eastern) Division. The battalion trained in Colchester, undertaking final training at Codford on Salisbury Plain from May 1915. On 26th July 1915 they proceeded to France, landing at Le Harve and then concentrating near Flesselles. They were active on the Somme in the Battle of Albert.

In 1917 Charles’ battalion were in Arras. They were involved in the 3rd Battle of Scarpe, the battle of Pilken Ridge, the battle of Langemarck and the 1st and 2nd battles of Passchendaele. Charles was killed in action in Arras on 3rd May 1917. From the records of battles in Arras at the time of Charles death it is entirely possible he was part of the Third Battle of Scarpe, which took place between 3 – 4th May 1917. The attack was called off after 2 days due to the heavy number of casualties. Although the battle was a failure the British Army learned important lessons about the need for close liaison between tanks, infantry and artillery, which they would later apply at the Battle of Cambrai.

Charles was awarded the Victory and British medals for his service. He is commemorated at the Arras Memorial 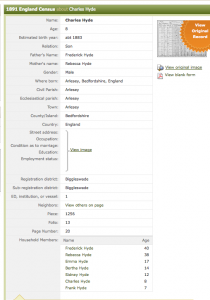 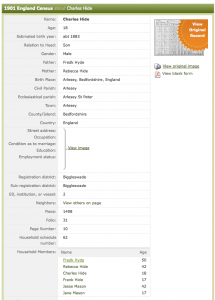 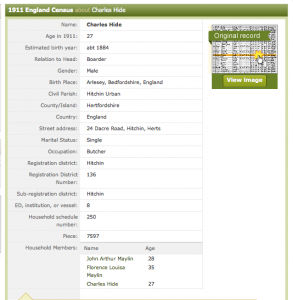 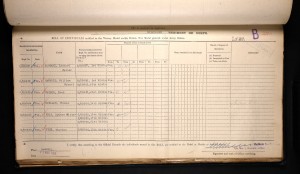 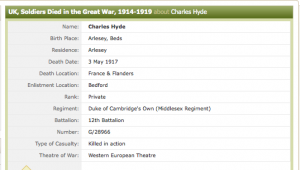 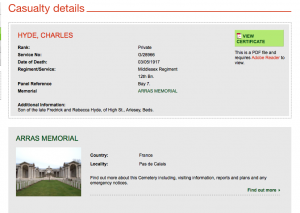