On the 19th July 1905, at the age of 19, Henry was enlisted into the Middlesex Regiment. His service records tell us he was employed as a Horse Keeper, was 5 feet 6 inches tall, with a fresh complexion, hazel eyes and red hair. Henry served with the Army for a number of years in India and at the outbreak of the war went with his regiment to France. During the winter of 1914/15 he was wounded by shrapnel at Loos, and his feet were frost bitten – he spent several months recovering in England. After leaving hospital he spent some time at his depot doing light duties, and then acted as recruiting sergeant in the suburbs of London.

He married Hannah Rose Jackson in Bethnal Green on New Years Day 1916. Almost immediately he was ordered back to the front, and was attached to an entrenching party before rejoining his old unit as part of the 21st Division. Henry was part of “B” company of the 4th Battalion, Middlesex Regiment.

On July 1st 1916, the 21st Division attacked Fricourt on the Somme front. A and B companies of the 4th Middlesex were beaten back within 5 minutes of the start of the assault and forced to retreat. After regrouping, they attacked again and managed to gain some ground, but with only 40 men reaching the first objective. The remaining two companies were also decimated trying to push further into German lines. By 3rd July the 4th Middlesex had suffered 540 casualties and was pulled from the line again.

Mr & Mrs Gudgeon received the following letter from the Infantry Records Office: “It is my painful duty to inform you that a report has this day been received from the War Office notifying the death of Sergeant Gudgeon H.C Regt, 4th Brigade, Middlesex, which occurred at (not stated) on the 1st or 2nd day of July 1916, and I am to express to you the sympathy and regret of the Army Council at your loss. The cause of death was killed in action”.

Henry is remembered with honour at Gordon Dump Cemetery, Ovillers-La Boisselle. The cemetery is located on the Somme, France, about 2km northeast of Albert.

The birth registers for the 3rd quarter of 1916 list the birth of a Hannah R M Gudgeon, born in Mile End. Her mother’s maiden name was Jackson. The names and dates suggest this may well have been the only child of Henry, born several months after his death on the Somme.

Despite living in London, Henry is commemorated on the Arlesey war memorial because his parents had moved from Clifton to Church End in Arlesey sometime between the 1901 and 1911 census. 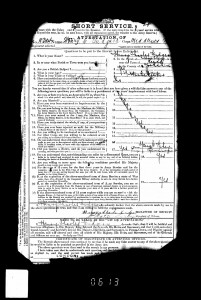 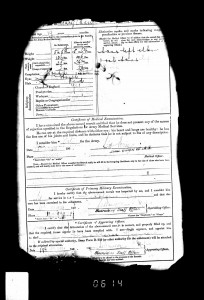 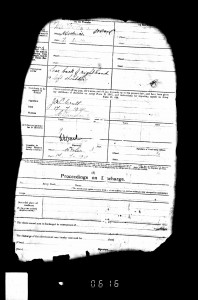 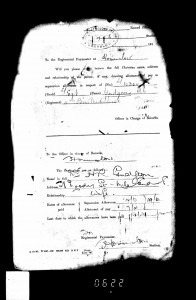 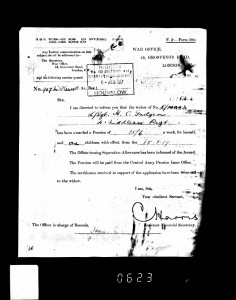 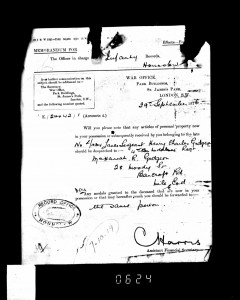 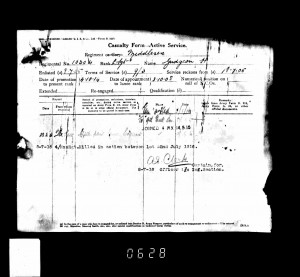 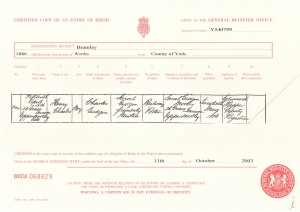 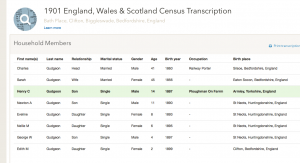 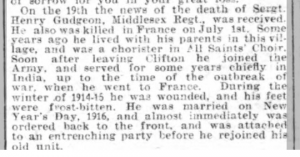 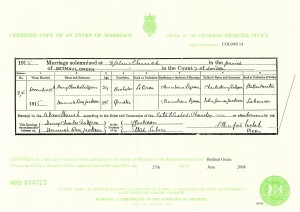 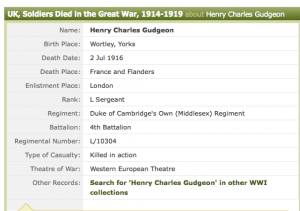