Person(s) placing the cross on behalf of the Arlesey Remembers You Project: Charlotte McShane

John Albone was born in 1896, the son of David and Sarah Albone. The family consisted of David and Sarah, two daughters; Amy born in 1883 and Annie born in 1899 and four sons; David, born in 1886, William born 1888, Arthur born 1890 and John. In 1901 the family lived in Primrose Lane, Arlesey. By 1911 the family had moved to live near to the Lamb Inn (down what is now Station Road); David Snr, William and John were all employed in the Brick Works.

John originally joined the Bedfordshire Regiment (service number 40399) before transferring to the Royal Fusiliers. He then joined the 26th Battalion of the Royal Fusiliers, a service battalion formed of Bank clerks and Accountants in London by the Lord Mayor and the City of London on 17th July 1915. They joined the 124th Brigade of the 41st Division and embarked for France on 4th May 1916.
The 41st Division was involved in various actions on the Western Front during 1916 and 1917.

Between 20th and 25th September 1917 the 26th Battalion were engaged in the Battle of the Menin Road Ridge – the third British general attack of the Third Battle of Ypres. During this battle 3,148 British men were killed, one of these was John Albone, who was killed in action on 20th September, the first day of the battle.

John is remembered with honour at Tyne Cot Memorial in West-Vlaanderen, Belgium. The memorial is one of four to the missing in Belgian Flanders, which covers the area known as the Ypres Salient. It bears the names of nearly 35,000 officers and men whose graves are unknown. 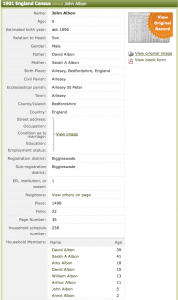 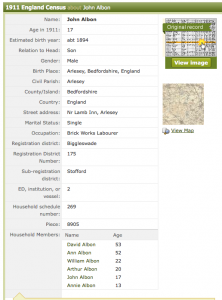 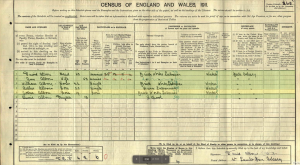 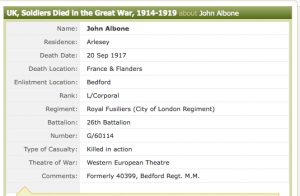 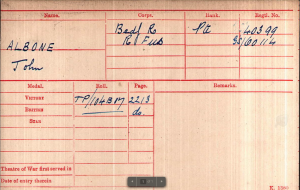