William was born in Arlesey in 1886, the son of Charles and Fanny Rainbow. The family lived in Albert Road, Arlesey. In the 1901 census Charles was employed as brick yard labourer along with his son Fred. William was working as a stationer’s assistant. By 1911, Charles, Fanny and William had moved to Asylum Road in Arlesey and Williams was now working as a Grocers assistant. He was employed at the Arlesey Co-operative Society for more than 16 years. William was also a former scholar of the Wesleyan Sunday School, and once worshipped at the Wesleyan Chapel on the High Street, Arlesey, where he was well known and was ‘a most pious young man’.

Albert joined the colours, originally with the Hertfordshire Regiment, in April 1916 and was drafted to France in November of the same year. On July 31st 1917 William received a gunshot wound in the upper lip which resulted in him being brought back to England to recover. Once fit again William returned to the front, arriving in France on March 21st 1918. The last letters his friends received from him was on September 27th 1918 when he stated he was alright, and asked his friends not to be anxious about him as he had been very busy. It appears that he had already been dead two days when the letter was received.

William died in France on the 25th September 1918. His mother found out the sad news in early October when she received a letter from the Chaplain of the 18th Field Ambulance BEF dated 26th September, which read “Dear Mrs Rainbow – I regret to inform you that your son, Pte. W. Rainbow, of the Essex regiment, was killed in action yesterday, and I had the sad duty of burying him today, and I am very grieved to send you this news. The battalion has been engaged in different operations for some days past, and in their endeavours your son has made the supreme sacrifice. You will probably receive this note before any official notice and I hasten to assure you of my profound sympathy in your great sorrow. May you feel the comfort of God round you in this time of bereavement. Yours very respectfully, Albert Burton, Chaplain.”

William was awarded the Military Medal and his widowed mother, Fanny, received the medal in September 1919, along with a letter from the Brigadier General which read “Your gallant conduct in the field Sept 17th 1918 in silencing two German machine guns and using your own Lewis gun skilfully throughout the day, has been reported to me. I have much pleasure in reading of your gallantry. Brigadier General, Commanding 18th Infantry Brigade S. G. Cranford.”

William is remembered with honour at the Trefcon British Cemetery, Caulaincourt. 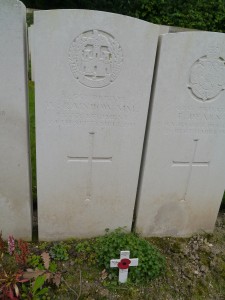 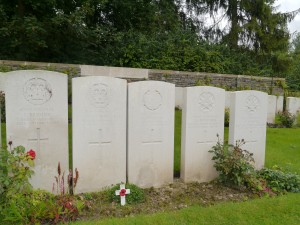 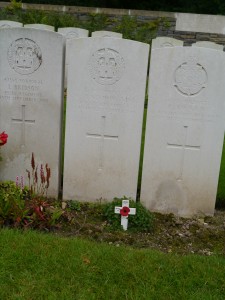